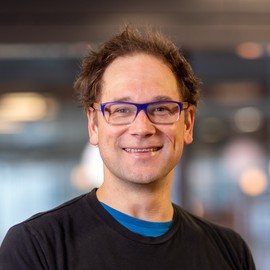 Robert Peharz received his Master degree in Computer Engineering from Graz University of Technology (TU Graz), Austria (2010). From 2010-2015, he pursued his PhD studies at TU Graz, working on probabilistic graphical models and sum-product networks, with applications to signal processing. From 2015-2017, he was postdoc at the Medical University of Graz, working on interdisciplinary approaches for early recognition of neural maldevelopment via behavioral neuroscience. He was postdoc in the Machine Learning Group (MLG) at the University of Cambridge from 2017-2018. He was Marie-Curie Individual Fellow at MLG Cambridge from 2018-2019. Robert joined Eindhoven University of Technology (TU/e) in November 2019 as an Assistant Professor in the Data and Artificial Intelligence cluster.