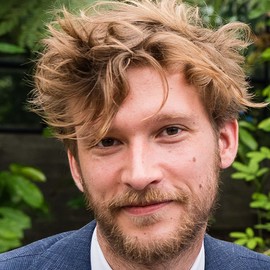 Thomas obtained his Bachelor in Computer Science from the HAN University of Applied Sciences in Arnhem. After several years of working as a Software Developer in the videogame industry, he returned to academia in 2011 by enrolling in the Technical Artificial Intelligence programme at Utrecht University. In 2013, he received his Master’s degree cum laude, and was nominated for the Best Master Thesis award of the Faculty of Science. He subsequently started his PhD studies at Utrecht University (‘13-‘17), before moving to Ghent University in Belgium (‘17-‘20). At Ghent University he was employed as an Early Stage Researcher working on the EU H2020 UTOPIAE (Uncertainty Treatment and Optimisation in Aerospace Engineering) project. In 2018, he went on a research secondment at Strathclyde University in Glasgow. In 2021 Thomas obtained his PhD in Computer Science Engineering from Ghent University. After spending some time as a postdoctoral researcher at Eindhoven University of Technology (TU/e), in 2022 he became an Assistant Professor in the Uncertainty in Artificial Intelligence group at TU/e.

His research interests revolve around cautious uncertainty representations and efficient inference algorithms, with an emphasis on (generalised) probabilistic graphical models and stochastic processes.