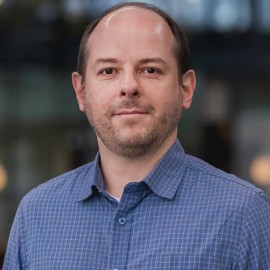 Cassio obtained his degrees from the University of Sao Paulo (Brazil), where he studied both at the Institute of Mathematics and Statistics and the Department of Mechatronics. He also obtained a Senior Research Qualification from Utrecht University (2018), Senior Member of ACM (2019), and elected member of the executive board of sipta.org (since 2011). His habilitation and doctorate theses were carried out on the topic of Uncertainty in Artificial Intelligence, in particular related to robust and interpretative machine learning models. He works on foundations of artificial intelligence and statistical machine learning, including probabilistic graphical models, imprecise probability, and computational complexity. In 2006, Cassio was an Assistant Professor at the University of Sao Paulo (Brazil). In 2007-08, he was a visiting research fellow at the Rensselear Polytechnic Institute (USA). From 2008 to 2014, he was a (senior) researcher at the Dalle Molle Institute in Switzerland. From 2014 to 2017, he was a Reader at Queen’s University Belfast (UK), and later an Associate Professor at Utrecht University, before joining TU/e in 2019. Cassio has served as panelist of multiple research foundations (including NWO) and senior committee/area chair of major AI/ML conferences. He is a program chair of UAI 2021 and will serve as general chair in 2022.